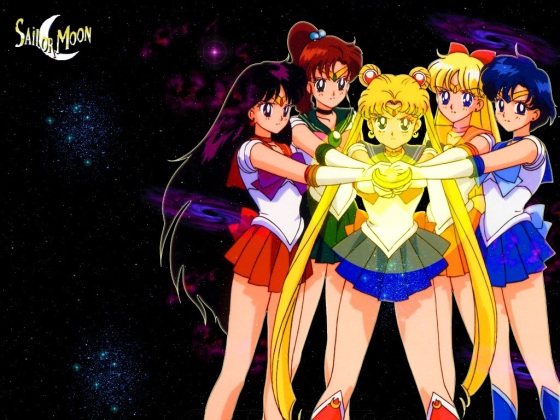 The news of Sailor Moon returning to our TV and computer screens is the best entertainment and media news that I have heard in a long time.  WOW!

The phenomenon that IS Sailor Moon has lived on for years through devout fans, as this show was one of the premiere anime cartoons that shaped anime culture since it originally aired in 1992.  Young girls and women, specifically, were so touched by this group of female characters that looked cool by day, kicked butt by night and always managed to save the day.  It is so refreshing that Viz Media has chosen to re-air all of these episodes, including a new season of fully uncut material on Hulu and NeonAlley, when there are so few cartoons with neutrally positive messages, nowadays.  So, this one is for the books!

The first episode premiered today entitled, “The Crybaby:  Usagi’s Beautiful Transformation”, which can be watched below.  For all of those who aren’t anime buffs, know that these are original episodes; therefore, the language is not in English and captions are available.  An English dub-over version will be released in the near future. I truly feel like my childhood has been re-birthed in a new way, because I am witnessing magic!  + Mars stationed direct today:  This is RIGHT on time!

Are you guys excited?  Which Sailor Moon character(s) is your favorite???
Comment below!